Magnolia Blossoms: I LOVE These Characters! 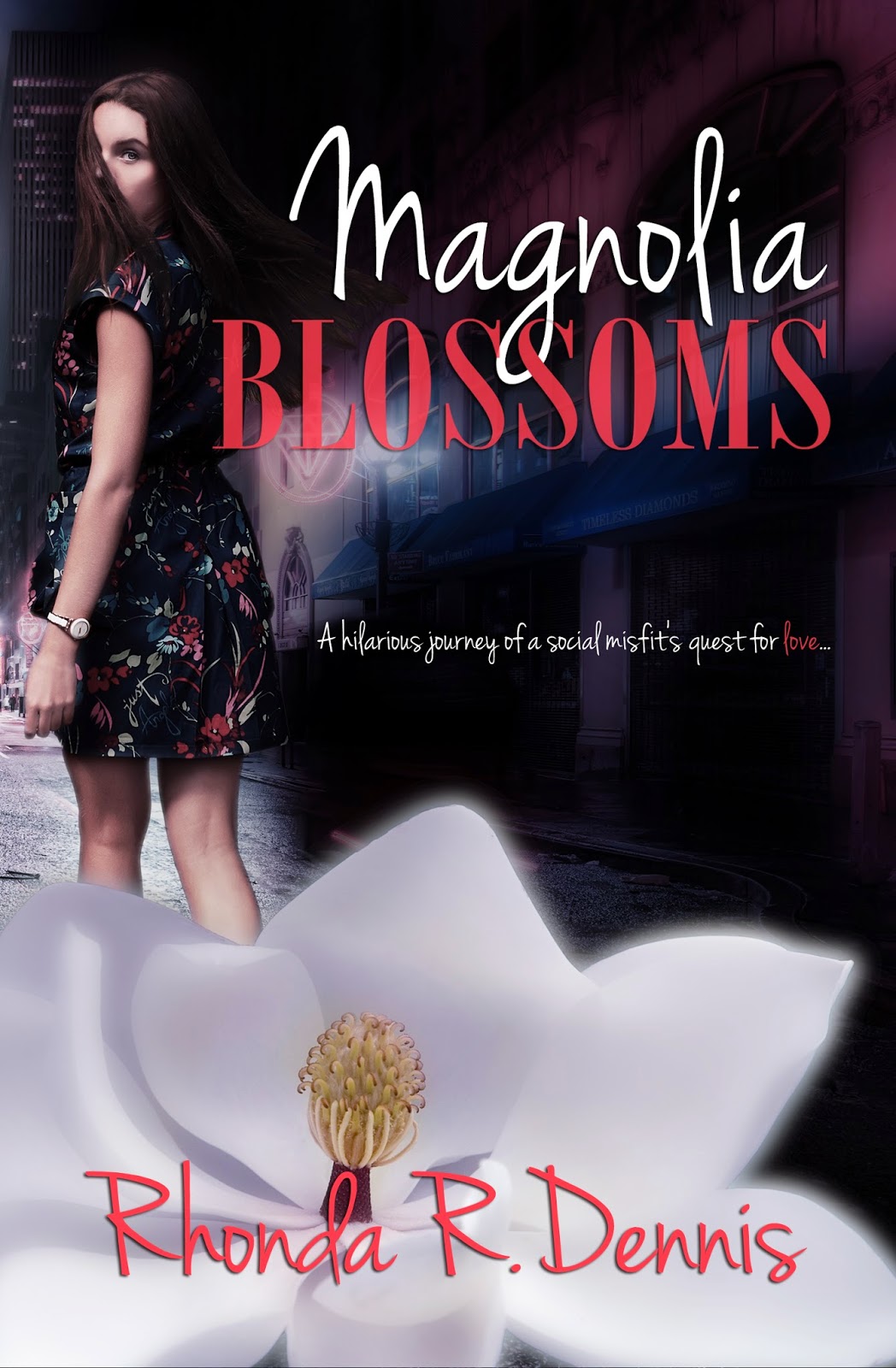 The first thing I tell readers when they ask about my new book, "Magnolia Blossoms," is that it's NOTHING like Green Bayou.  While I thoroughly enjoyed Green Bayou and all of the characters that series encompasses, this new book has sparked an even deeper character connection with me.  I adore these people, and I would love to have them in my life.  So what's so great about them?  Here you go...

I'm going to start with the main character, Magnolia Picasso Berrybush.  The name alone should make readers do the equivalent of a double take.  Magnolia is a thirty-two year old train wreck.  Her parents have over the top personalities, but she prefers to live her life hiding in the shadows.  Her looks are atypical, (I suppose that's the nice way of saying that she's quite homely?) and she's pretty much scared of everything life has to offer.  She does anything and everything she can to avoid it, and by "it," I mean living a real, honest to goodness life.  Fantasies and scripted programs/publications (TV, movies, books, and smut) are her favorite places to hide until the day she finally craves something "real" so badly that she snaps.

She has such little confidence in herself that she figures the only way she can become noteworthy is by doing something infamous (serial killing).  Now before you groan, "I don't want to read a book about a socially inept murderess," know that Magnolia has never been successful at anything she's attempted.  Her thought processes, her feeble attempts to make a go of being The Red Daisy, they are what gently guide her (well, maybe not so gently) into socialization.

The first person to interact with Magnolia is Jace Taylor, a swoon-worthy paramedic who crosses paths with her on a fairly regular basis.  Jace, while his life may seem pretty straight forward and normal, readers will discover that there is something much more complex and meaningful happening with him.  Another male character who helps Magnolia along her journey, even though it begins with his arresting her, is Nick "The Dick" Ferrera.  He earns his nickname honestly, but after getting familiar with Magnolia's story, his icy demeanor begins to thaw.

Probably one of my favorite characters, though incredibly foul-mouthed and cynical, is Honey LeReaux, a hooker who was once highly demanded, but because the years have been unkind to her, she now slums the streets of one of the most depressing neighborhoods in Baton Rouge (real town, fictional neighborhood).  The odds of someone like Magnolia running into someone like Honey in most cases would be nil, but sometimes things just happen, thus putting the right person in your path at the time you need them most.  Magnolia doesn't  need coddling, she needs a harsh dose of reality, and Honey's there to give it to her in spades.  Despite Honey's candid and unconventional approach to being a "fairy godmother," readers learn that there is much more to her character, as well.

There is a supporting cast who bring much to the story.  Sunny and Murray "Big Daddy" Berrybush are seemingly polar opposites, yet they work as a couple.  Even though Murray is a high-priced, widely-mocked attorney, even he doesn't escape the book without learning a life lesson or two.  Smaller scenes don't equate to small impact:  Dan Wan, Porkchop, Mr. Gaines, Diablo, and a host of other characters dot the book with comic relief, cynicism, or cattiness at one point or another.

I sincerely hope that you'll give "Magnolia Blossoms" a read.  I truly love this story, and I hope that you will love it, as well.  It's available in ebook for Kindle and Nook, and as paperback through most retailer outlets such as Barnes and Noble stores.  For South Louisiana retailers, and for additional information on upcoming events, releases, etc, please visit my website, www.rhondadennis.net.